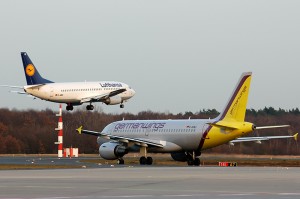 Lufthansa and Germanwings are expanding capacity by five percent for the summer of 2014.

Also, passengers traveling to Canada will have expanded service to Montreal and Toronto, with flights from both Frankfurt and Munich.

The summer schedule is valid through 25 October 2014.

According to an announcement, the handover of direct flights from Lufthansa to Germanwings is proceeding to plan, in several stages. Connections include those routes that do not operate through Lufthansa’s Frankfurt and Munich hubs. As many as three quarters of the planned connections will be flown by Germanwings in summer 2014.

In Hamburg, Germanwings recently took over routes to Paris and London, bringing the total number of destinations served from Hamburg to 24. The handover of routes to Germanwings is now complete in Hamburg, as is already the case in Stuttgart and Cologne/Bonn.

In Berlin, the majority of routes have been transferred to Germanwings in recent months. The remaining direct routes flown by Lufthansa from Berlin-Tegel are to be transferred to the subsidiary this summer.

The handover of Lufthansa’s direct flights in Düsseldorf to Germanwings has been completed. Twenty-two Lufthansa destinations are now served by Germanwings.

The Lufthansa Group airlines – Austrian Airlines, Brussels Airlines, Germanwings, Lufthansa and SWISS – collectively serve 301 destinations in 102 countries in the summer via their hubs in Brussels, Düsseldorf, Frankfurt, Munich, Vienna and Zurich. The airlines’ range of flights is also supplemented by a large number of code-share flights.