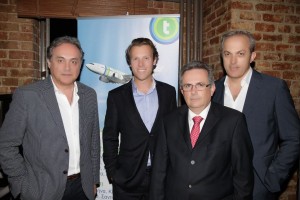 Transavia.com and its general sales agent in Greece Galant Hellas recently held an event in Thessaloniki to celebrate the upcoming opening of the new air connection between Amsterdam and the Greek northern city.

After years of no direct flights from Amsterdam to Thessaloniki, Transavia decided to launch new flights from The Netherlands to Macedonia International Airport.

As of 17 April 2014, the Dutch low cost carrier will operate an Amsterdam-Thessaloniki flight three times a week, every Tuesday, Thursday and Saturday.