The number of startups in Greece have increased significantly in 2013 comparison to 2010, according to Endeavor Greece, a global non-profit organization supporting entrepreneurship. 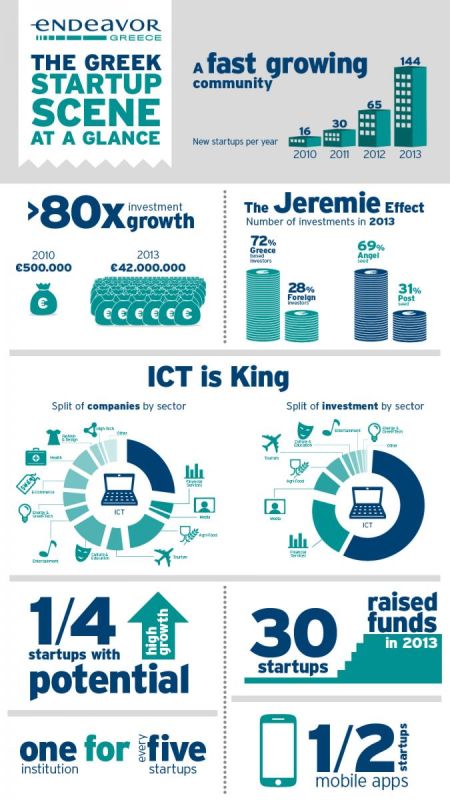 Endeavor recently presented interesting numbers and results for startups in Greece, in the framework of the increased activity of the previous years and the intense discourse on the issue.

According to Endeavor, 16 startups were founded in 2010 and the number was 10 times higher in 2013, while there is a similar increase of funds invested in startups for the same period. In particular, investment in 2013 reached 42 million euros, 80 times higher versus 2010, raised by 30 companies when it was just 500.000 euros.

“The impact of Jeremie funds, invested to several startups through four companies, Elikonos, Odyssey, Open Fund and PJ Tech Catalyst, is of course very significant,” Endeavor Greece says. The results are obvious in both Greece-based investments that were equal to the 72 percent of the total and seed investment (69 percent of total) in 2013, as well as the distribution of funds by sector.

In particular, technology companies have raised 50 percent of the total investment in 2013. In terms of sectors, financial services hold the second place mainly due to the funds raised by Hellas Direct, according to Endeavor.

Media, agri/food, tourism, education and entertainment follow with lower shares. It is also worth mentioning that certain sectors with many companies have not received any funds, such as e-commerce, health and energy.

It is noted that 50 percent of startups founded since 2010 have mobile apps as their core business as a result of the current global trend that has significantly affected this market. Additionally, based on their characteristics and the prospects in Greece, it seems that 25 percent of companies have high-growth potential that can lead to job creation and added value for the economy. 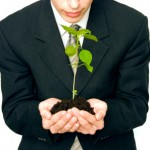 The increased number of companies relates to the increase of supporting institutions, such as co-working places and incubators as well as competitions, events and other initiatives aiming at the shift towards entrepreneurship and funding of new efforts. The ratio of institutions to startups is approximately 1 to 5 today.

“In conclusion, we have been through significant progress with increased number of entrepreneurial efforts and a gradually formed ecosystem to support them,” Endeavor Greece says.

However, Endeavor notes that it is necessary to proceed with more systematic efforts to expand the smart capital usage to more sectors in which Greece has competitive advantage and offers opportunities for entrepreneurs.

“Role models need to be promoted and companies that have growth and job creation potential be actively supported,” Endeavor Greece concludes.