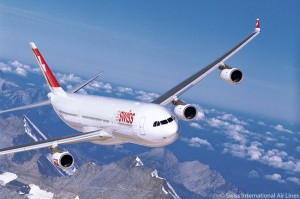 Fourth-quarter earnings up on prior year

Total income from operating activities for the fourth quarter of 2013 amounted to CHF 1,262 million, up 3.5 percent from the CHF 1,219 million of the prior-year period. Operating profit for the quarter was CHF 55 million, a 102 percent improvement on the CHF 27 million of Q4 2012.

SWISS transported 15,968,833 passengers systemwide in 2013, a 0.9 percent increase on the previous year (2012: 15,819,558). Total available-seat-kilometre (ASK) capacity for the year was raised 3.7 percent; and the increase was fully absorbed by the growth in traffic volume, which was up 4.7 percent in revenue-passenger-kilometre (RPK) terms.

Annual seat load factor on intercontinental services amounted to 87.3 percent, a 0.2-percentage-point improvement on 2012. Intercontinental ASK capacity was raised 6.1%, while RPK traffic volume was 6.3 percent above its prior-year level.

Norwegian Announces Plans To Open Base In Athens, Greece