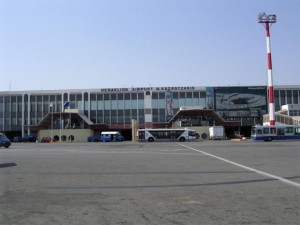 A new tender for the construction and management of an airport on Crete in Kasteli, Heraklion, is expected to launch by the end of April.

According to Greek Minister of Infrastructure, Transport and Networks Mihalis Chrysochoidis, the aim is for a bidder to be selected by the end of the year. The new airport is scheduled to replace the existing “Nikos Kazantzakis” Airport at Heraklion and will feature a runway length of 3.2 km.

The ultimate goal is for the new airport at Kasteli to operate in five years.

Mr. Chrysochoidis described the construction of the new airport in Heraklion as an “imperative need” because the existing airport “Nikos Kazantzakis” has reached its operational limits and serves six million passengers a year.

Apart from the new airport’s construction works, Mr. Chrysochoidis said the roads linking the airport with key roads of Crete will be significantly upgraded.