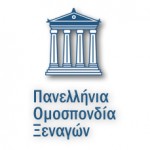 The Panhellenic Tourist Guide Federation (POXEN) has announced its membership within the Association of Greek Tourism Enterprises (SETE), following the agreement of SETE Executive Board, as well as the decision of the delegates during the Annual General Meeting of POXEN in February.

SETE, founded in 1991, is the representative association for unions of tourism enterprises in Greece, as well as independent companies operating across the broader tourism sector.

“We are certain that a new fruitful cooperation for the common promotion of our country is about to begin, along with the rest of the tourism stakeholders,” POXEN said in an announcement.

HATTA Elections 2014: New Board Of Directors