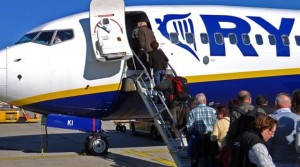 On 1 April, low cost carrier Ryanair opened its third Greek base at Athens (65th in total) with two based aircraft and six routes to Chania, London Stansted, Milan Bergamo, Paphos, Rhodes and Thessaloniki.

According to the Dublin-based airline, the new routes will annually deliver up to 1.2 million passengers and sustain some 1,200 “on-site” jobs at Athens with up to 150 weekly flights.

“This is the first summer where Ryanair customers can enjoy a free small second carry-on bag, ‘quiet flights,’ allocated seats and use their personal electronic devices at all stages of their flight,” Ryanair’s head of sales and marketing, Peter Bellew, said in Athens.

He added that Ryanair looks forward to working with Athens Airport to “unlock its vast potential currently suppressed by high access air costs,” and to help grow tourism, traffic and jobs through the airline’s growth in Greece. 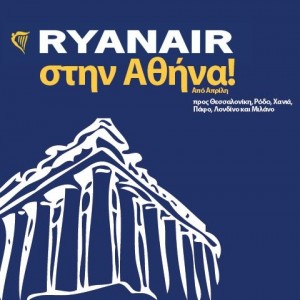 Ryanair plans to launch a dedicated Greek website at the end of April, which will allow Greek consumers to book the lowest fares directly on Ryanair.com.

The airline also has announced that a new smartphone app and family and business products were coming soon.

On the occasion of the opening of its new Athens base, Ryanair is releasing 100,000 seats on sale at very low prices for travel in May and June, which are available for booking until midnight of 3 April.