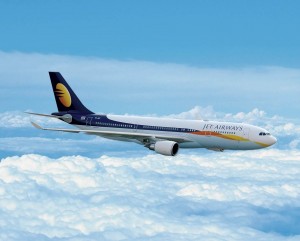 Greek travelers have a new opportunity to explore India through a variety of Air France flights to/from Athens thanks to the expansion of the codeshare partnership between the French airline and Jet Airways, India’s premier international airline.

The two airlines have announced the expansion of their codeshare partnership, which will offer travelers enhanced network connectivity to 12 major cities across Europe and the United Kingdom. The new code share flights open for sale from 2 April and will be available for travel effective 14 May 2014.

With this expansion in the codeshare arrangement, Jet Airways’ guests will be able to fly between India and Paris in France and beyond to various points across India and Europe on flights operated by both carriers.

The code share destination beyond Paris where Jet Airways will place its marketing code on Air France operated flights are:

– Nice, Lyon, Marseille, and Toulouse in France
– Barcelona and Madrid in Spain,
– Hamburg in Germany,
– Prague in the Czech Republic,
– Dublin in Ireland and
– Birmingham, Manchester and Newcastle in United Kingdom