Greek Travel Agents Say “No” To Sanctions Against Russia 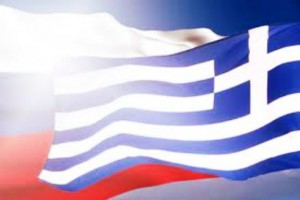 The Hellenic Association of Travel and Tourist Agencies (HATTA) rules out any kind of boycott against Russia, a country that has a favorable attitude towards Greece, an announcement read.

HATTA opposes the possibility of any government policy and decision to impose sanctions against Russia.

The association said the Greek Presidency should protect Greek-Russian relations or else the country’s economy would be hurt in a variety of sectors (trade, exports, tourism, etc).

According to recent press reports, due to the drop of the Russian ruble against the euro, tourist arrivals from Russia to Greece are estimated to drop 10-30 percent.

During the first nine months of 2013, Greece recorded an increase of Russian tourist arrivals by 50 percent compared with the same period in 2012, official figures of the Greek Statistical Authority showed.

The average expenditure of Russian tourists per head is 1,079 euros while the per-night spending average of tourists from EU countries amounts to 670 euros.