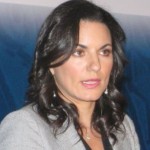 Greek Tourism Minister Olga Kefalogianni will depart for the United States on Tuesday 1 April to promote Greece and increase the flow of American tourists to the country.

She will be accompanied by the secretary general of the Greek National Tourism Organization Panos Livadas.

During her stay in New York City, Mrs. Kefalogianni will give a speech at a special event on “Tourism and Employment,” organized by the Stavros Niarchos Foundation.

The Greek tourism minister’s agenda includes meetings with representatives of leading tour operators and travel professionals of the Greek Diaspora. She will also give interviews to major American TV networks such as CNN.

This year is promising to be an even better year in terms of holidaymaker numbers for Greece. Last year the country welcomed over 17.5 million tourists (recording an almost 18 percent increase) while tourism receipts amounted to some 12 billion euros.