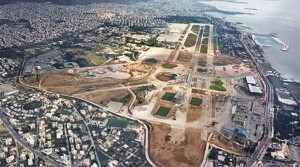 Following a positive opinion of the Council of Experts, the Board of Directors of the Hellenic Republic Asset Development Fund (TAIPED) unanimously declared Lamda Development SA as the Preferred Investor for the acquisition of the 100 percent of the shares of Hellinikon SA, during its session on 31 March.

In an announcement, Lamda said that TAIPED’s decision gave a final end to a 13-year abandonment period of 6,200 stremmata (620 hectares) that covers the former airport in Hellinikon.

“In the same area, the largest private investment ever made in the country will be developed, with an estimated value of 7 billion euros,” Lamda said. 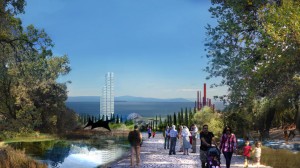 The aim is to build a pioneer metropolitan development based on a comprehensive and integrated plan, which will combine beauty and the regions unique characteristics, with emblematic buildings, pioneer infrastructure and various high-quality services which will improve the daily lives of million inhabitants in Attica.

“Greece and the area surrounding the capital in particular will strengthen its position as a global tourism destination, earning one million extra tourists a year,” the announcement read.

The most indicative part of the investment’s philosophy is the creation and preservation of a two million square-meter park, one of the largest in the world, with free access to all, including the upgrade of the coastal area, also free for the public.

Lamda Development and Global Investment Group will soon present in detail their investment plan and discuss with local communities and social partners so that the planning and implementation of the project will maximize benefits for both the Greek and local societies.

Report: Tourism Is An Opportunity To Go After In Greece