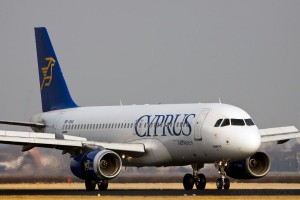 Cyprus Airways has announced the closure of its sales office in Athens in an attempt to cut costs in accordance to a restructuring plan.

In an announcement to its partners in the Greek capital, Cyprus Airways announced the closing of its Athens branch as of Monday 31 March.

As of 2 April, customers, travelers and commercial partners may contact the sales department in Nicosia, Cyprus.

In January 2013, the troubled airline had requested approval from the European Commission on a restructuring plan.

One of the basic parameters of the filed restructuring plan was to drastically reduce the airline’s costs through a series of measures that included the closure of the company’s offices abroad.

According to reports, the airline also recently closed down its sales office in London and replaced it with a small unit within Heathrow airport.