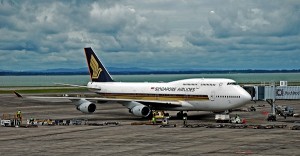 Singapore Airlines and Turkish Airlines have agreed a major expansion of codeshare ties, covering destinations beyond both Istanbul and Singapore.

The flag carrier of Singapore will also increase frequency on a seasonal basis between Singapore and Istanbul to six times per week to meet growth in demand on the route.

The Star Alliance partners have been codesharing on each other’s flights between Singapore and Istanbul since February 2009. Singapore Airlines currently operates four weekly flights on the route while Turkish Airlines operates seven weekly flights.

Under the expansion of the agreement, Singapore Airlines will add its SQ designator code to Turkish Airlines-operated flights beyond Istanbul to destinations within Turkey, as well as to points in Africa, Europe, the Middle East and North America.

On a reciprocal basis, Turkish Airlines will add its TK designator code to Singapore Airlines-operated flights beyond Singapore to points in South East Asia and the Southwest Pacific.

Liostasi Hotel On Ios To Open With New Luxury Suites