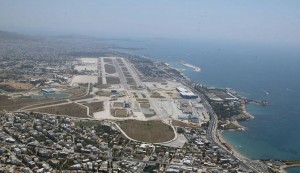 According to a press release by TAIPED, Lamda submitted an offer of 915 million euros ($1.26 billion) for the 6.2 million square-meter plot.

TAIPED said Lamda will pay 33 percent of the offered amount upon completion of the agreement, and the rest will be deferred over 10 years, in accordance to the terms of the relative contract.

According to reports, Lamda will invest more than 7 billion euros in the project, which is expected to give Attica a major upgrade. The project will include the creation of a metropolitan park covering an area of 2.0 mln square meters.

TAIPED said financial advisors Citigroup and Piraeus Bank will deliver a fairness opinion on the improved financial bid. Within the coming days TAIPED will decide if a preferred bidder can be declared.

Acropolis Museum Will Be Open On Mondays From 1 April