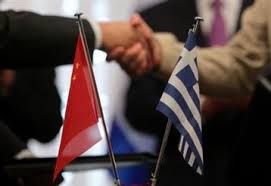 The potential to attract Greek tourists to Beijing and also increase the number of Chinese visitors to Athens was recently discussed by representatives of the Beijing Municipal Commission of Tourism Development and officials of the Municipality of Athens.

The meeting was held at the Municipality of Athens as part of a cooperation launched between the two cities for the promotion of Beijing in the Greek capital as well as boosting visitor flows in both cities.

During the meeting, the Beijing tourism delegation gave a presentation of Beijing and promoted the message “Beautiful Beijing welcomes you.” On their part, officials of Athens informed on the tourism opportunities of the Greek capital.

The Beijing tourism delegation also held meetings with representatives of local travel agencies in an effort to attract more Greek tourists in Beijing.

The meeting was attended by officials of the Municipality of Athens including the president of the Athens Municipal Council, Fotis Provatas and the managing director of the Athens Development & Destination Management Agency, Alexis Galinos, members of the Hellenic Association of Travel & Tourist Agencies (HATTA), a representative of the Hellenic Chamber of Hotels and Greek journalists.