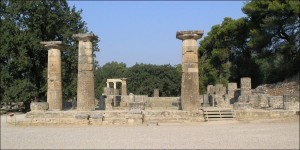 The Hellenic Association of Travel and Tourist Agencies (HATTA) applauded the Greek Government’s recent announcements in regards to a series of interventions under development for the country’s museums and archaeological sites in view of the new tourism season.

In an announcement, HATTA specifically referred to the timely decision for selected Greek museums and archaeological sites in the country to operate all days of the week on extended hours (8am-8pm) during the summer months.

According to HATTA, the government has adopted many of the association’s proposals that aim to develop and promote Greece’s cultural heritage, enrich the tourism product with cultural elements and serve tourists that wish to visit the country’s cultural monuments.

The association’s proposals include the extension of opening hours at museums and sites, the launch of an e-ticketing system and the need for functional and aesthetic improvements at archaeological sites.

HATTA underlined the importance of the government’s timely decision for the planning of Greek travel packages and organized tours to museums and archaeological sites.

Selected Greek museums and archaeological sites will extend their hours from 1 April until the end of the season.

Kefalogianni: Greece Is Slowly Leaving The Crisis Behind

Initiative Launched For The Restoration Of Important Monuments On Kefalonia Island