Greece Was Third Most Popular Destination For Russian Travelers In 2013 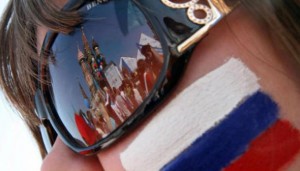 Last year Greece was ranked third most popular destination for Russian tourists, up from seventh place in 2012, according to data released by the Russian Statistics Service (Rosstat) on the occasion of the Moscow International Exhibition Travel & Tourism (MITT) that opened on 19 March.

Greece managed to achieve this performance for the first time in history, according to the Russian Union of Travel Industry.

According to data, Greece achieved the second highest growth rate (70 percent) of outbound tourism from Russia in 2013. Finland came in first as the country saw a 76.5 percent increase.

The data also said that last year, the Russians made 54 million trips abroad of which 18.3 million were for tourism purposes, up 19 percent compared to 2012.

Greece: Direct Contribution Of Tourism To GDP Expected To Grow By 3% This Year