Halkidiki Presented As Part Of “Via Egnatia” Project 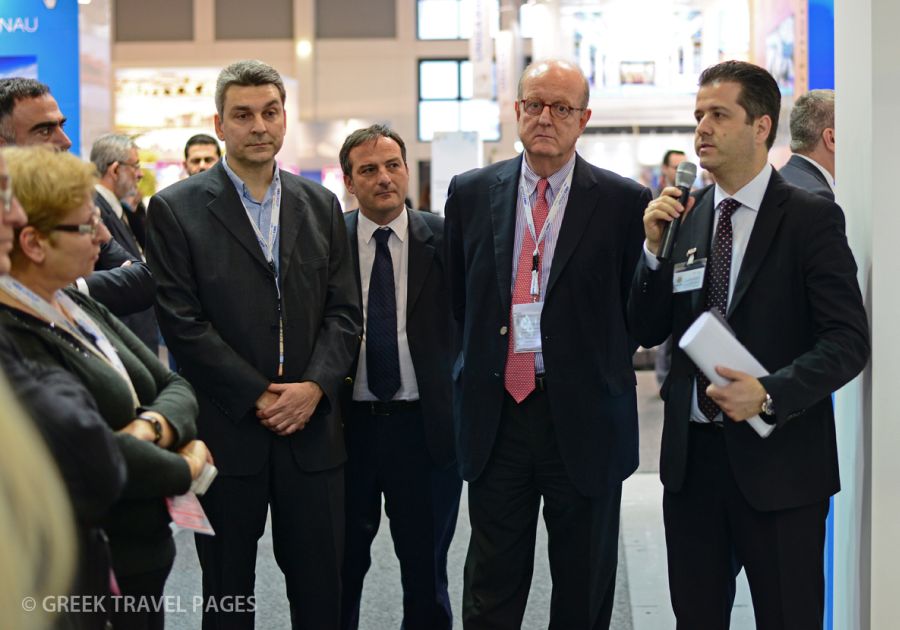 ITB 2014: “Via Egnatia” presentation – The president of the Halkidiki Tourism Organization, Grigoris Tassios (right) and the director of the Greek Cultural Center in Berlin and head of “Via Egnatia” project, Eleftherios Economou (second from right). 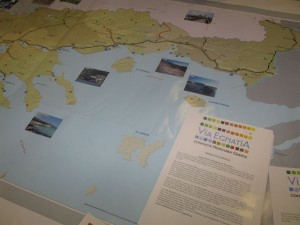 Visitors at the ITB Berlin international tourism exhibition this year were informed that Halkidiki has joined Thessaloniki and is part of the “Via Egnatia” project.

“Via Egnatia” is an initiative launched to promote the landscape of Northern Greece that extends around the historic Egnatia Highway. The aim is to offer a single tourism destination to the European and international market.

At ITB, the president of the Halkidiki Tourism Organization, Grigoris Tassios, presented the destination’s natural and cultural points of interest that tourists will discover while driving along the ancient highway.

Travel packages for special interest tourism are expected to develop from Halkidiki’s cooperation with other Greek areas that are included within the route. 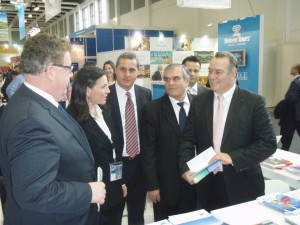 Bookings to Halkidiki from the German market have increased 10 percent compared to 2013, according to an announcement from the destination’s tourism organization.

Halkidiki participated in ITB via the stand of the Region of Central Macedonia and was promoted by some 30 representatives of the destination’s hotels and travel agencies.

Halkidiki offers many options for access to German travelers. The destination is accessible by road and 14 German airports via flights of Aegean Airlines, Air Berlin, Ryanair, Germanwings and Easyjet.