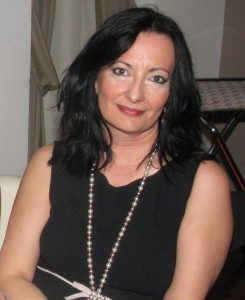 The director of communications and marketing of Athens International Airport (AIA), Ioanna Papadopoulou, was honored with the title of “Woman of the Year” at this year’s Air Transport News Awards that took place recently in Istanbul, Turkey.

The Air Transport News Awards are the only international prizes that honor all main categories of the air transport industry. The award consists of a 24K gold-plated olive tree wreath inspired with the prize given to Olympic Games winners in Ancient Greece.

For two decades, Mrs. Papadopoulou has been working in important positions in the aviation industry. She started her career with the Hellenic Civil Aviation Authority in 1988. In 2001 she joined the Ministry of Transport and Communications as an advisor and from December 2003 up to May 2006 she held the position of the Chairperson & CEO of Olympic Airways-Services SA. From May 2006 up to September 2009 she worked for the Hellenic Civil Aviation Authority as a Senior Expert on Bilateral Air Services Agreements and International Relations.

As of October 2009, Ioanna Papadopoulou is the Director of Communications & Marketing in Athens International Airport.

“AIA, a pioneering public-private sector cooperation, has been honored and recognized over the years for its successful development strategy… I am confident that this personal distinction will give me an even stronger incentive to work with even greater determination to achieve new goals both on a personal and a corporate level,” Mrs. Papadopoulou said.

Other winners of the 2014 Air Transport News Awards included Dr Temel Kotil, CEO of Turkish Airlines (Leader of the Year), Doha International Airport (Airport of the Year – 10-30 million passengers per annum) and Aegean Airlines (Regional Airline of the Year).