Leading German tour operators at the recent ITB Berlin exhibition said they were interested in including the “Greek Breakfast” feature as a reference in their travel packages for destinations in Greece.

The “Greek Breakfast” program is an initiative of the Hellenic Chamber of Hotels designed to promote and establish the country’s gastronomy through Greek hotels and this way contribute to the enrichment of Greece’s tourism product. 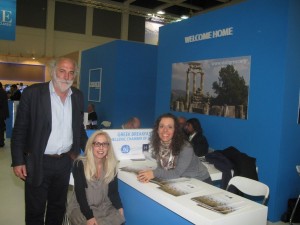 Participating in the ITB expo was the first attempt of the Hellenic Chamber of Hotels to promote the “Greek Breakfast” initiative abroad. The chamber said that it is planning a series of targeted actions in markets of particular interest for Greek tourism.

Also, the English version of the “Greek Breakfast” brochure was distributed from the stand to ITB’s visitors and tourism professionals. 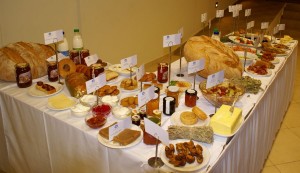 The Greek Breakfast program already involves 252 hotels across the country and it has been estimated that at least 1,000 hotels will have joined the program in the next three years.

The program links local producers with hotel owners who are interested in serving breakfast options that represent the gastronomic culture and history of each Greek destination.

Hotels that meet the necessary conditions, with the main criterion being the presence of local products in their breakfast selections, receive a Greek Breakfast badge (special sign and buffet tabs).

Greeks May Apply For Social Tourism Vouchers As Of 12 March