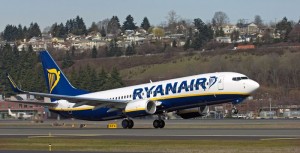 Ryanair will participate in a Global Distribution System (GDS) channel for the first time in over a decade. The Irish low fares airline has signed a global content agreement with Travelport, a leading distribution services and e-commerce provider for the global travel industry.

According to the agreement, the low cost carrier’s content will be made available solely to Travelport-connected travel agencies, in advance of any other GDS. Ryanair fares, as well as their extensive ancillary products and services, will be introduced to Travelport travel agencies in a phased approach from 19 March.

Ryanair’s decision to work with Travelport follows the launch last year of the Travelport Merchandising Platform and specifically the aggregated shopping component it offers low cost carriers. This technology, unique to Travelport, enables low cost carriers to provide their content via an API connection, rather than the more traditional fare filing methods often favored by network carriers, and still have their fares and ancillaries displayed, compared and booked in exactly the same way.

According to Ryanair, this year it will carry over 81.5 million passengers on Europe’s largest airline route network connecting 186 airports in 30 countries.