International tourist arrivals to Greece increased by nearly 28.8 percent during the first two months of the year compared with the same period in 2013, according to data from the country’s major airports released by the Association of Greek Tourism Enterprises (SETE).

According to the data, this development is due to a significant increase in tourist arrivals at the airports of Athens (30 percent) and Thessaloniki (17.5 percent).

The data also showed that already the first tourists are arriving to destinations such as Rhodes, Chania and Kalamata. 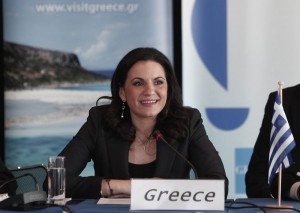 Referring to 2013 as a “record year,” Mrs. Kefalogianni said Greek tourism is currently in a development process that must continue. Over 17.5 million tourists visited Greece last year (almost 18 percent increase) while tourism receipts amounted to some 12 billion euros including cruise revenue.