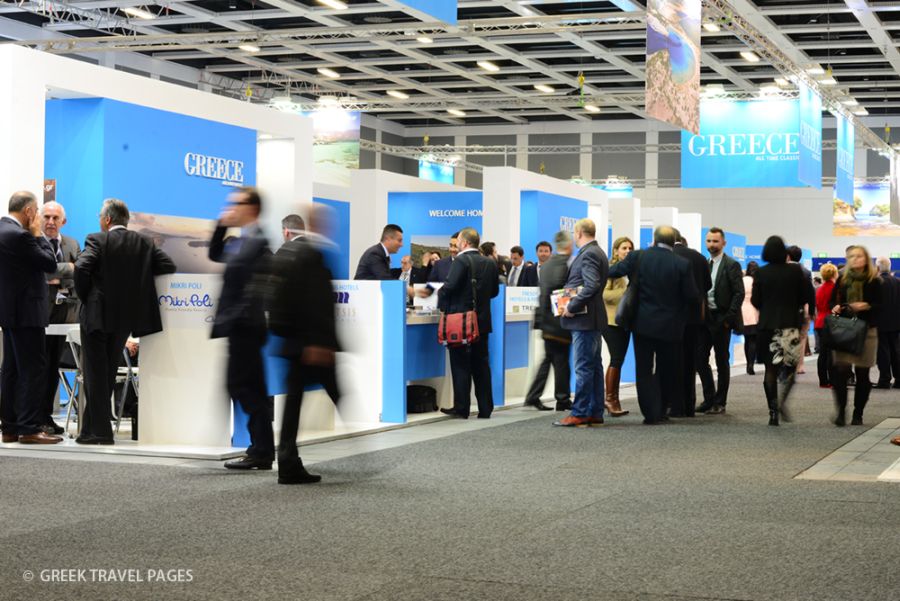 Greece’s comeback as an international tourism destination is one of the main topics at the ITB exhibition taking place in Berlin, Germany.

FVW Mediengruppe, Germany’s leading travel industry media group, ran a story on Greece’s comeback in an issue of its daily newspaper that includes the news of ITB in German and English. Each day more than 25,000 copies are distributed at the entrances, to all exhibitors and visitors of ITB 2014. 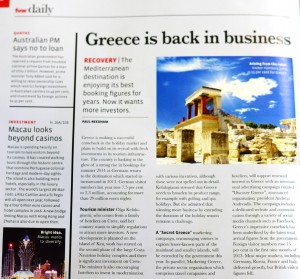 “Greece is back in business”

Journalist Paul Needham, reported that Greece “is basking in the glow of a strong rise in bookings for summer 2014 as Germans return to the destination which started its turnaround in 2013.”

To see the online version of the article press here.

FVW media group has more than 40 years of expertise in tourism.