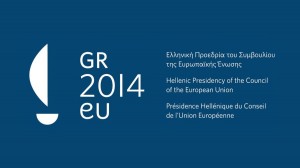 A directive on the return of cultural objects unlawfully removed from the territory of a member state may be officially adopted by the European Council during the Greek Presidency.

The permanent representatives of the member states recently endorsed an informal agreement reached on 18 February between the Council and the European Parliament representatives on a proposal to update the current directive (93/7/EEC) to improve the efficiency of the mechanisms to secure the return of cultural objects classified as national treasures.

The main changes introduced by the new directive are the following:

– deletion of the annex, which specified categories of cultural objects eligible for return, together with financial and age thresholds. Thus, any cultural object that a member state defines as a national treasure will be eligible for return;
– extension of deadlines so that member states would have six months, instead of the current two months, to check that the object discovered in another member state is a national treasure, and three years instead of one year to initiate the return proceedings before the competent national court;
– placing the burden of proof on the possessor for compensation purposes (the possessor will need to prove that when he acquired the cultural object, he could not have known that it was illegally trafficked);
– use of the Internal Market Information System to improve administrative cooperation and information exchanges between national authorities.