Licensing Procedures For Four Tourism Investments In Greece Near Completion 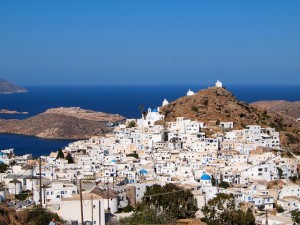 The licensing procedures for four major tourism investments on the islands of Kea, Milos and Ios and mainland Messinia (Peloponnese) are near completion, Greek Tourism Minister Olga Kefalogianni informed on 17 February.

The tourism minister had previously attended a ministerial meeting in Athens, where the simplification of licensing procedures for businesses in Greece were discussed. Greek Prime Minister Antonis Samaras chaired the meeting.

According to Mrs. Kefalogianni, attracting and supporting new tourism investments are among the Tourism Ministry’s main priorities.

“The ministry is working systematically and consistently for the maximum simplification of administrative and licensing procedures,” the Greek tourism minister said.

She stressed that investments are essential to the Greek economy as they will boost growth, create new jobs and significantly increase revenue for the country.

The Municipality of Athens Announces Program To Support Entrepreneurship