Arrivals to Greece from all Scandinavian countries are expected to grow this year by an average 10-11 percent, the Greek Tourism Ministry concluded after the first dedicated travel and taste fair for Greece, Grekland Panorama, wrapped up in Stockholm. The fair took place 14-16 February 2014 at venue Globe Arenas, Annexete. 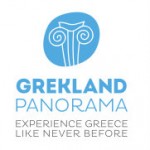 According to the tourism ministry, Greece received a warm welcome from the Scandinavian market as Grekland Panorama attracted some 7,000 visitors.

“The visitor numbers reinforce predictions that Greece will become this year’s top preferred destination in almost all markets of Scandinavia,” an announcement said.

In regards to the Swedish market specifically and in accordance to data presented by tour operators, 672,000 Swedes visited Greece last year, which is a nine percent increase compared to 2012. 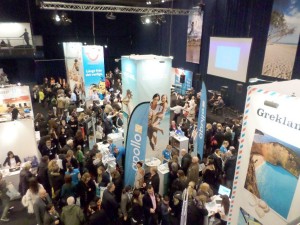 During the fair, visitors showed a special interest for Athens and the Attica region in general, a trend that is reinforced by the planned launch of new direct flights to Athens from Stockholm and Copenhagen by Aegean Airlines and the increase in flight frequency to the Greek capital by SAS.

Grekland Panorama hosted some 100 exhibitors from Greece that represented destinations, hotels and tourism enterprises. The main sectors presented at the fair were tourism, gastronomy and culture.

The stand of the Greek National Tourism Organization (GNTO) was represented by the organization’s deputy secretary general, Konstantinos Zikos, who had a series of meetings with leading tour operators and travel agents of the Swedish market and gave interviews to the Swedish News Agency and other foreign media.