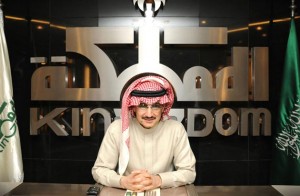 The announcement came directly from the founder and chairman of the company Prince Alwaleed bin Talal during a meeting with Greek Tourism Minister Olga Kefalogianni.

Mrs. Kefalogianni is currently on an official visit to Saudi Arabia. 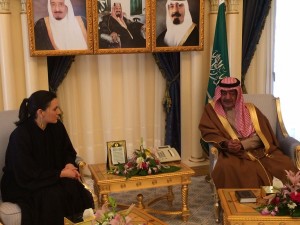 Greek Tourism Minister Olga Kefalogianni discusses with Saudi Arabia’s second deputy prime minister Prince Muqrin bin Abdulaziz who is second in line to the throne and has the third most important position in the hierarchy of power in the kingdom, after the king and crown prince.

It is noted that the meeting was held following the contact Greek Prime Minister Antonis Samaras had made with Prince Alwaleed bin Talal to attract investment from the Arab world to Greece. Kingdom Holding Company has investment activities  worldwide.

The Greek tourism minister also met with the Minister of Culture and Information, Dr. Abdulaziz bin Mohieddin, and discussed the launch of actions in the media and the field of culture.

More specifically, the two sides discussed the production of a Greek documentary to broadcast in Saudi Arabia and the possibility of organizing joint exhibitions in Riyadh and Athens in which the cultural heritage of both countries would be highlighted.

In Memory of Yiorgos Ioannidis