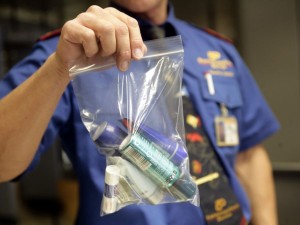 New European Union rules on passengers carrying on liquids, aerosols and gels (LAGs) recently came into effect at European airports, according to an announcement by ACI (Airport’s Council International) Europe.

The rules are being introduced as part of a wider plan to lift the ban on the carriage of LAGs altogether.

The new rules will have minimal direct impact on EU air passengers as their primary function is to facilitate passengers traveling from/to non-EU airports transferring at EU airports and the LAGs in question are only those purchased (and correctly packaged) at airport shops and on board air carriers.

According to reports, the changes enforced will allow passengers transferring from European airports to transport duty free LAGs bought at non-European countries within 36 hours of purchase, provided they are held within an ICAO specification Security Tamper Evident Bag (STEB). Passengers will also be allowed to travel with medicines and baby food required during flight.

“This is part of our investment toward getting back to the good old days before 2006, when there were no restrictions on LAGs at all for passengers,” Olivier Jankovec, Director General ACI EUROPE commented.

“We are committed to reaching that ambitious end goal and we will continue our cooperation with the European Commission and the other partners,” he added.

The new EU rules are effective at airports in the EU, European Economic Area (EEA) and Switzerland.