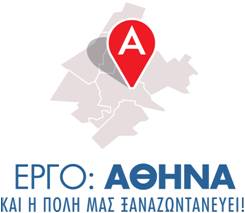 Projects to support entrepreneurship in the Greek capital under the Municipality of Athens’ development plan The Athens Project, will be presented at a workshop organized by the Athens Development & Destination Management Agency (ADDMA) on 12 February at City Hall (Kotzia Square).

The Athens Project, handled by ADDMA, is a 10-year multidimensional development plan for the city of Athens, financed by EU restructuring funds that amount to 120 million euros.

A significant part of the plan is dedicated to improving the competitiveness and entrepreneurship in the Greek capital. Over 27 million euros have been secured to strengthen key sectors of the city’s local economy that foster innovation and competitiveness and above all to tackle unemployment through youth employment.

The workshop will be held on the occasion of including the pan-European initiative “Young SMEs Project” within The Athens Project.

The Young SMEs Project is a pan-European initiative that seeks to provide support to small and medium sized enterprises between the third and fifth year of their operations, which tend to be amongst the most crucial for business consolidation in order to ensure long-term survival. The project is funded by the INTERREG IVC and the European Regional Development Fund – ERDF.

The workshop will be attended by the Mayor of Athens Giorgos Kaminis, ADDMA President Yiorgos Broulias and representatives from many relevant organizations and federations including the Hellenic Federation of Enterprises (SEV), Hellenic Confederation of Professionals, Craftsmen & Merchants (GSEVEE) and National Confederation of Hellenic Commerce (ESEE).

For more information (in Greek) on the workshop and The Athens Project (Ergo Athina), press here.