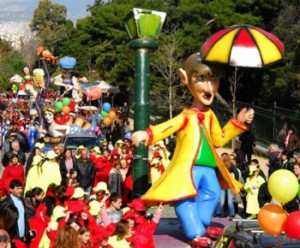 This carnival season (Apokries) the Greek capital promises to come to life with lots of rhythm and color!

The City of Athens Culture, Youth and Sports Organization will stage a series of festive carnival events from 15 February to 3 March 2014.

The carnival fun starts at Plaka and will spread to the Varvakeios Agora, Monastiraki, Thisseio, Kypseli, Koukaki, Agios Pavlos, Filopappou Hill and to the Cultural Centers of the City of Athens.

Events will officially kick off on Tsiknopempti (Smoky Thursday), 20 February at the Varvakeios Agora on Athinas Street, with a concert and a traditional fest of meat dishes. Later in the night, the fun will continue with concerts and a parade in Plaka. 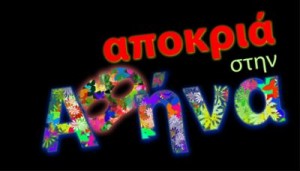 The curtain will fall for this year’s carnival season at Filopappou Hill on Kathara Deftera (Clean Monday), 3 March, which is when the Orthodox Lent period begins.

For the full program of Athens’ Carnival Events (in Greek), press here.