A Stakeholder Conference on the EU Strategy for the Adriatic and Ionian Region, jointly organized by the European Commission and the Hellenic Presidency of the Council of the European Union, will take place 6-7 February 2014 at the Divani Caravel Hotel in Athens, Greece.

Building on the experience gained in the macro-regional strategies for the Baltic Sea Region and the Danube Region, and following a request from the European Council, the European Commission and the participating countries are now proceeding to draw up an EU Strategy for the Adriatic and Ionian Region. The new Strategy will integrate the Maritime Strategy for the Adriatic and Ionian Seas, adopted by the Commission on 30 November 2012. 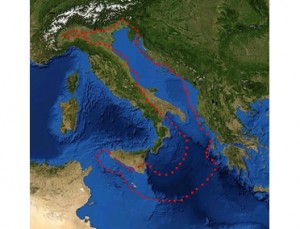 It will focus on areas of regional mutual interest; based around four main pillars: 1) Driving innovative maritime and marine growth, 2) Connecting the Region, 3) Preserving, protecting, and improving the quality of the environment, and 4) Increasing regional attractiveness.

During the conference, the results of the extensive consultation with the stakeholders that took place from September to December 2013, alongside with a public consultation launched by DG REGIO, will be presented.

Following the Athens event, the Commission will draft a communication on the EU Strategy for the Adriatic and Ionian Seas, as well as an action plan, which is due to present before the end of 2014.

Draft program of events, and the latest information can be found here.

The conference can be followed via webstreaming as of 6 February, 2pm.

“Grekland Panorama” Invites All To Experience Greece Like Never Before