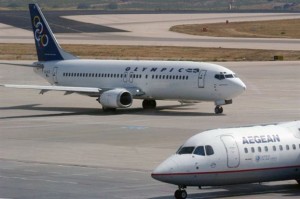 Aegean Airlines and Olympic Air recorded a 12 percent increase in their combined air traffic in January 2014, parent company Aegean announced on 5 February. The two carriers carried a total of 522,000 passengers, against 57,000 in the same month last year.

On the international side, out of a total of 228,000 foreign travelers, the company saw a nine percent increase from its base in Athens and transported 178,000 passengers. Also, 50,000 more international passengers traveled from Thessaloniki, despite the seasonality of the base.

According to Aegean, the traffic increase on its international flights from Athens is a result of the new routes launched last year to Geneva, Kiev, Warsaw and Prague and the recovery of the traffic to traditional destinations such as Madrid, Brussels and Moscow. 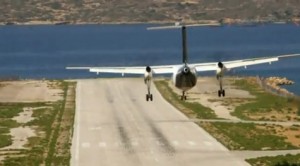 Also, for the first time over the last four years, both Aegean’s and Olympic Air’s combined domestic air traffic has increased.

Aegean said the increase is a result of its new pricing policy, following the acquisition of Olympic Air, in force since November and December 2013.

Greek islands such as Mytilini, Chios and Samos indicated a 12-20 percent growth in traffic with lower prices and increased occupancy levels. Subsidized routes such as Kithira, Ikaria and Kalymnos also saw more passengers.