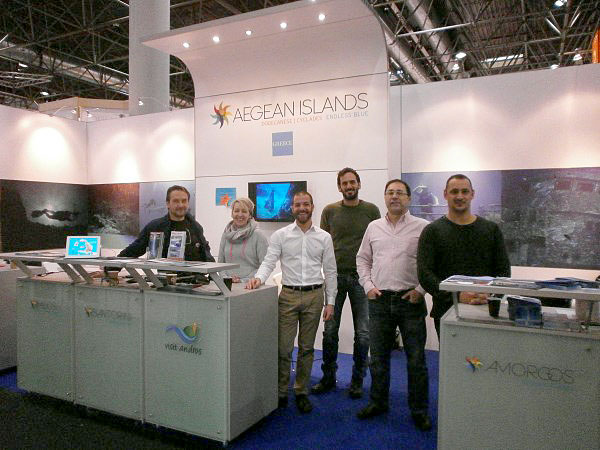 The stand of the Region of the South Aegean at boot Dusseldorf. 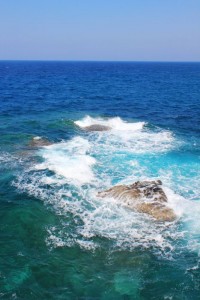 The Greek islands of the Region of the South Aegean were recently promoted to the world as diving destinations at the International Boat Show boot Dusseldorf that took place in Germany. This was the first time the region participated in the exhibition.

“The German visitors showed much interest in the diving product of the Cyclades and the Dodecanese, which is still relatively unknown to foreign markets,” an announcement issued by the region said.

In an exhibition space of 23 sq.m., tourism professionals from Santorini, Naxos, Amorgos, Milos, Ios, Kea, Leros and the marina of Kos had the opportunity to present their businesses and showcase their destinations to a wide audience.

According to the region, the messages received at the exhibition were very encouraging for the future. Germany has some three million potential travelers of this activity.

“A promising effort for the promotion of our islands’ alternative forms of tourism has started and it is extremely important to be consistent in the future with such synergies with local professionals so the Cyclades and the Dodecanese manage to gain a share of the German diving tourism industry,” the region’s vice governor, Eleftheria Ftaklaki, said. 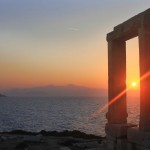 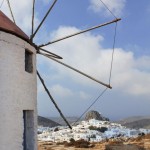 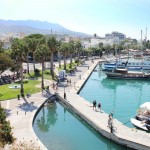 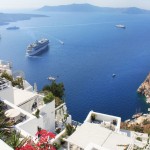 From 18 to 26 January, 1,650 exhibitors from more than 60 countries showcased their new yachts, new watersports equipment, as well as maritime services at the trade fair. Each year, boot Düsseldorf attracts some 50,000 visitors from outside Germany.