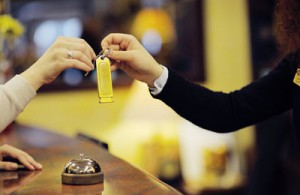 The Greek hotel sector expects to achieve significant improvements in both occupancy and room rates this year, according to the latest tourism barometer report by GBR Consulting on the expectations of the Greek hospitality sector for the first quarter of 2014.

For the first quarter of 2014, city hoteliers expect significant increases in occupancy and stabilizing room rates, while the resort hotels expect to operate at the same levels as last year.

For 2014 as a whole, both city and resort hoteliers are very positive. Significant increases in occupancy are expected, while also achieving higher rates. The 5- and 4-star hotel segments are expecting to achieve higher occupancies and ARRs, while the 3-star hotel sector is more cautious with improving occupancy levels and similar room rates as last year.

City hoteliers are equally optimistic for their occupancy levels, while they forecast for Q4 similar ARR levels as the same quarter last year, both for their own hotels as well as for the market in general.