Thessaloniki To Get Inner-city Ferry Service 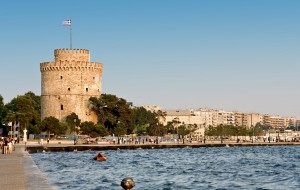 The Greek Ministry of Merchant Marine has agreed to authorize the launch of an inner-city ferry service between Thessaloniki and key points of its coastal area as a pilot scheme, the Greek media said recently.

The pilot scheme, expected to begin this April, provides for the launch of three ferries of which two will operate a route connecting Thessaloniki’s main port with the port of Neoi Epivates (Thermaikos). The third ferry is planned to operate a route for the connection of Thessaloniki with Kalamaria. Each ship will have a 100 to 200 passenger capacity per trip.

The goal of the plan is to link the city of Thessaloniki with its eastern side through a quick and low-cost ferry service for passengers. The plan is also expected to reinforce the tourism profile of the city.

A permanent inner-city ferry service in Thessaloniki is expected to operate in around two years, as studies involving the necessary onshore infrastructure are still pending.