Greece: Yearly Rise In Arrivals By Air The Highest In Europe 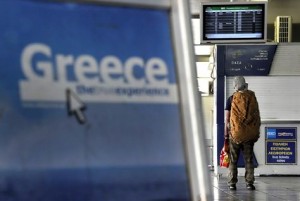 Arrivals by air from abroad last year grew by 8.8 percent year-on-year, according to Civil Aviation Authority data seen by Greek newspaper Kathimerini, reaching 14.31 million, compared with 13.15 million in 2012, thanks to increased activity from the Russian, French and US markets.

The rate of growth was the highest in Europe and in December alone the yearly increase was even bigger, amounting to 10.1 percent for a total of 359,822 arrivals, data showed.

The Association of Greek Tourism Enterprises estimates the total number of tourists in Greece last year at 17.8 million, up 15 percent from 2012 thanks to a significant rise in arrivals by road, while revenues including those from cruise tourism amounted to about 12.3 billion euros.