Ryanair Announces New Routes From Greece To Norway And The UK 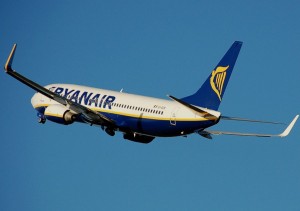 Ryanair has announced the launch of a new route from the Greek island of Rhodes to Oslo Rygge in Norway as of 28 April.

The low fares airline expects the Rhodes–Oslo Rygge route to deliver 30,000 passengers per year and sustain over 30 “on-site” jobs at Rhodes Airport with two weekly flights (Monday and Thursday).

In addition, Ryanair announced a new Chania, Crete, to Bournemouth, UK, route from 1 April 2014. The new Chania–Bournemouth connection will operate one flight per week, on Tuesdays.

Ryanair said the new routes would boost Greek tourism and economy. “Visitors and Greek consumers can now beat the recession by flying at the guaranteed lowest fares and no fuel surcharges to exciting destinations all over Europe,” Ryanair’s sales and marketing manager for Italy, Croatia and Greece, John Alborante, said in an announcement.

To celebrate the new route, Ryanair has launched seats at low prices for travel across Europe in February and March.

A350 XWB To Take Center Stage At Singapore Airshow