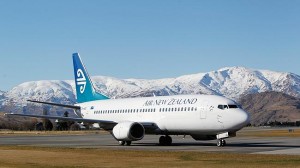 Safety and product rating website AirlineRatings.com has announced Air New Zealand as its Airline of the Year for 2014.

“Quite simply Air New Zealand is an airline of first choice. And given the airline’s location and the country’s size its performance is even more remarkable,” Mr. Thomas said.

AirlineRatings.com was launched in June 2013 and rates 450 airlines using its seven-star rating system.