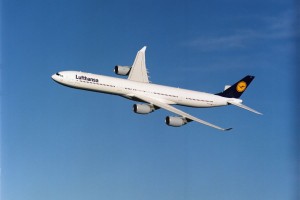 This year, German flag carrier Lufthansa is set to further expand its service to America and increase its dense European network with the addition of daily flights to Valencia.

The German carrier will launch on 5 June 2014 its new service from Munich to Toronto, Canada. As with the flight from Frankfurt, the new daily service to Toronto will enable convenient connections to the hub of Lufthansa’s Star Alliance partner, Air Canada.

Also, between 16 May and 12 October 2014, the airline will launch a seasonal summer service from Frankfurt to the Canadian City of Montreal. The non-stop flights will operate five times a week on Tuesday through Friday as well as on Sunday. The flight from Frankfurt will enable passengers traveling through Montreal to connect to the network of Lufthansa’s partner Air Canada.

Effective in the summer timetable commencing on 30 March 2014, Lufthansa will also increase its dense European network by adding daily flights to Valencia. The new service is scheduled to leave Frankfurt at 9:15 am and reach the Spanish harbor city at 11:40 am. The return flight, is set to depart at 12:30 pm and arrive at 3 pm in Germany.

With these additions for the summer season, Lufthansa will increase its direct services to 19 destinations in North America, and seven cities across Spain.