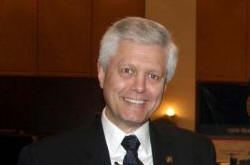 The Association of Greek Tourism Enterprises (SETE) has announced the appointment of Alexandros Lamnidis as new general manager. Mr. Lamnidis is also the general manager of the newly established SETE Institute (InSETE).

He replaces George Drakopoulos, who has left the association after 20 years in service.

“Mr. Drakopoulos’ contribution to SETE’s growth and establishment was highly significant over the last 20 years. We want to thank him for his offered services, knowledge and faith to the Association and wish him every success in his future endeavours,” SETE’s president, Andreas Andreadis, said in an announcement.

According to Mr. Andreadis, 2014 will be a year in which SETE will accelerate innovation.

Through a collective cooperation with both INSETE and private marketing company for Greek tourism “Marketing Greece,” Mr. Andreadis believes that SETE will achieve its goals and offer more support to the State through its role as social partner.

“With his experience, entrepreneurial thinking and insight, I am certain that Mr. Lamnidis will lead SETE to fulfill all its objectives,” SETE’s president concluded.

It is reminded that InSETE’s scientific director is Aris Ikkos and administrative director is Yiorgos Amvrazis.

Furthermore, Xenophon Petropoulos is in charge of the coordination and communication of SETE and INSETE. He was previously SETE’s communications and public relations manager.