Athens Airport Presents “My own Iliad”

The exhibition includes photographic reproductions of 10 out of the 35 sketches with pencil on paper created by Cypriot painter George Koumouros in 2008 in Cyprus and the United Kingdom; the drawings enter into dialogue with an equal number of episodes from the worldwide known epic poem. A video projection, presenting a number of sketches followed by detailed captions, enriches the exhibition; their aim being to sensitize the visitors in the eternal values and the universal messages of the Homeric oeuvre.

“My Own Iliad” is being hosted at the airport’s “Art&Culture” space, in the frame of the “Art and Culture” program of Athens Airport. Up to now over 56 exhibitions and visual arts projects have taken place at the airport, aiming to offer a special artistic and cultural experience and promote the Greek culture and civilization to the visitors traveling to and from Athens. 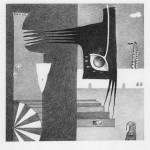 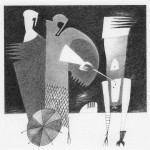 Diomedes and Athens versus Ares. 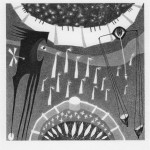 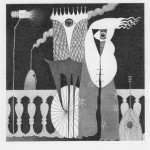 High school pupils visiting the airport in the framework of AIA’s scheduled guided airport tours will also have the opportunity to get acquainted with the exhibition works.

Mount Athos Gastronomy Event To Launch In May 2014