Medical Tourism In Greece Could Bring In €2 Billion By 2024

For years, Greece’s potential to attract tourists looking to obtain health care in a leisurely setting was widely discussed. Now, with a recently established institutional framework for medical tourism and launched joint actions between relevant ministries and professionals, the country is expected in the near future to make the best of this form of tourism.

The above facts/goals were presented to a large audience of Greek tourism professionals and government officials during the “Medical Tourism in Practice” event in Athens on 19 December, held by the Hellenic Chamber of Hotels and the ministries of Tourism and Health.

The event was held to introduce the institutional framework for the development of medical tourism in Greece following the signing in November of a Joint Ministerial Decision between Tourism Minister Olga Kefalogianni and Health Minister Adonis Georgiadis aimed to develop the “new tourism product” of the country. 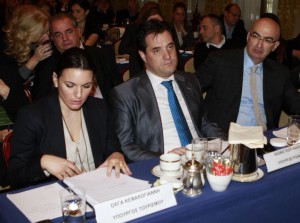 “The international term ‘Health Tourism’ is the umbrella under which medical tourism, spa tourism and wellness tourism coexist,” Mrs. Kefalogianni said during her speech.

Mrs. Kefalogianni underlined that Health Tourism is one of the forms of the country’s tourism that will enrich the level of offered services and contribute to the extension of Greece’s tourism season.

On his part, the hotel chamber’s president, Yiorgos Tsakiris, referred to the partnerships that are expected to launch between medical tourism providers and hotels.

“The supply of hospital infrastructure in our country, the sufficient and worthy medical staff combined with Greece’s climatic conditions and hotel infrastructure, can compose a very competitive medical tourism product that could contribute more than 400 million euros to the national economy over the next two to three years,” he said.