British Airways Permits Mobile Use During Take-Off and Landing 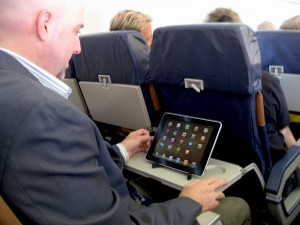 As of 19 December 2013, UK carrier British Airways is the first European airline to allow passengers to use smartphones and tablets – in flight mode – during take-off and landing.

Although calls and sending/receiving of text messages are still prohibited, passengers no longer need to turn off electronic devices during takeoff and landing aircraft.

British Airways is the first airline in Europe to make the change, following the update on the guidelines on using handheld electronic devices in-flight by the European Aviation Safety Agency.

Also, smartphones, while in flight mode, can connect to the plane’s onboard WiFi, where available

Earlier this year the UK carrier announced that passengers would be allowed to check emails, make phone calls and send/receive text messages once the aircraft has landed.