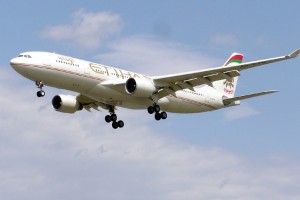 The agreement will see Aegean Airlines commence a four times a week service between Athens and Abu Dhabi on 30 March 2014 and, subject to regulatory approvals, Etihad Airways will place its EY flight code on the new flight.

Aegean Airlines will operate its new Athens-Abu Dhabi service with a 168-seat Airbus A320 aircraft.

Beyond Athens, Etihad Airways will also place its flight code on Aegean-operated flights to 16 Greek destinations, and to a further 10 cities across Europe.

These destinations include Alexandroupolis, Chania, Chios, Heraklion, Ioannina, Kavala, Cephalonia, Corfu, Kos, Lemnos, Mykonos, Mytilene, Rhodes, Samos, Santorini, and Thessaloniki. The services are expected to appeal not only to travelers from the UAE and wider Gulf region, but equally to travelers from further afield including the Greek diaspora in Australia and South Africa. 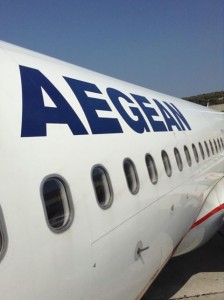 In return, Aegean will offer new codeshare routes between Athens and seven destinations across the Gulf region, Australia and South Africa.

British Airways Permits Mobile Use During Take-Off and Landing