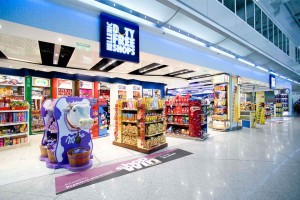 Swiss travel retailer Dufry recently completed the acquisition of the remaining 49 percent equity stake in Hellenic Duty Free from Folli Follie Group following its earlier deal in April this year to acquire 51 percent of the same company. Dufry paid a total consideration of 328 million euros through a combination of cash and shares.

According to an announcement, since the first consolidation in April until September 2013, the operation contributed 274 million Swiss francs of revenue to Dufry Group. Dufry expects to achieve an incremental 10 million euros synergies as a result of the acquisition.

“The acquisition of the remaining 49 percent of Hellenic Duty Free allows us to achieve further synergies on the operational level and generates financing savings of approximately 10 million Swiss francs per annum,” Julian Diaz, CEO of Dufry, said.

Dufry will also refurbish and expand retail space in key airports in Greece, including space at airports in Athens, Thessaloniki, Rhodes and Crete.

Hellenic Duty Free is the leading travel retailer in Greece, with 111 shops and more than 18,000 square meters of retail space within an attractive, long duration concession portfolio.

Overall, the business generates more than 80 percent of its turnover from international customers, with Germans and British citizens constituting the most important visitors.

According to reports, HDF reported sales of 300 million euros in 2012 and a double digit percentage rise is expected for this year.

The Grande Bretagne Goes To Athens’ Northern Suburbs For Christmas