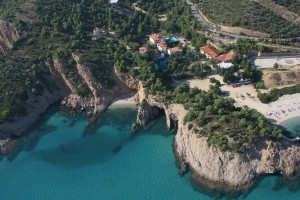 The plan, announced recently by the ministries of Tourism and Environment, introduces changes to the way tourism infrastructure is currently planned in Greece and aims to promote incentives for the creation of high category accommodation and for the upgrade of existing hotels of four and five stars.

It also intends to limit the widespread building of tourism facilities in areas outside city plans and strengthen destinations that are less developed for tourism use but have significant potential to host special forms of tourism.

According to Greek Tourism Minister Olga Kefalogianni, the country’s new Special Zoning Plan for Tourism is a central pillar of the ministry’s tourism strategy as it will assist to the creation of more special forms of tourism and boost opportunities for growth across the country.

Cruise – Regarding the cruise sector, the new Special Zoning Plan for Tourism sees for the creation of ports of call at the following destinations: Athens, Thessaloniki, Katakolon, Rhodes, Volos, Kavala, Kos, Patmos, Pylos, Mykonos, Santorini, Kalamata, Corfu and Crete.
In the case of Attica, the plan provides for the possibility of creating additional cruise infrastructure in Piraeus, the Faliro Bay area and Lavrion.

Diving tourism and underwater museums – Diving parks will be developed in areas that have the necessary resources, such as underwater geological formations and are rich in fish fauna.

Greece’s new Special Zoning Plan for Tourism was published 13 December 2013 in the Official Gazette of the Hellenic Republic and can be read here (in Greek).