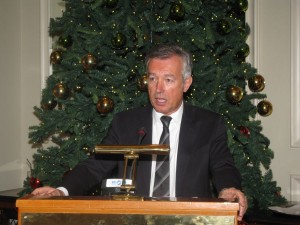 Next year will be a record year for Greek tourism as long as the country remains politically stable, the president of the Association of Greek Tourism Enterprises (SETE), Andreas Andreadis, said on 12 December while addressing Greek journalists at a media briefing.

Mr. Andreadis announced that SETE’s official target for 2014 is for Greece to attract 18 million international arrivals and 13 billion euros in tourism revenue.

Early bookings to Greece for 2014 are already reporting growth. Reservations from the UK are already up by 10 percent while an upward trend in advance bookings is also noticed from the country’s other traditional markets, including Germany.

However, SETE’s president warned that Greece’s positive course in tourism would be overturned if the country’s political climate became unstable and snap elections were to be called.

This year, Greece’s tourism performance went better than expected: 17.5 million international arrivals against 17 million, which was the original forecast and 11.5 billion euros of direct revenues from tourism, instead of the initially predicted 11 billion euros.

VAT on food services must remain at 13 percent 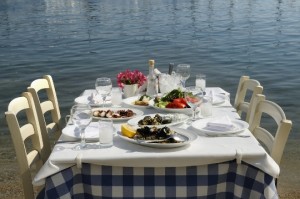 During his speech, Mr. Andreadis stressed the need for a stable and attractive fiscal framework and said that maintaining the VAT on Greek food services at the 13 percent rate would be a first step in that direction. He underlined that any increase of the VAT rate would have a negative effect on tourism since Greek professionals have already signed contracts with international tour operators for next season.

“It is not serious for a country to change its tax rates every four months,” he said.

Mr. Andreadis said the association was in talks with the banking industry and the Bank of Greece for the necessary funding to sustainable and healthy Greek tourism businesses to resume.

He added that the main concern in 2014 should be how to attract investors to Greece.

Mr. Andreadis said that 2014 will also be the year in which SETE will make a dynamic change of course, referring to the expected positive results awaited from the private marketing company for Greek tourism “Marketing Greece” and the SETE Institute (InSETE).

Marketing Greece will launch a world-class 5-language website next year (discovergreece.com) aiming to give the Greek tourism product the best possible promotion that is expected to eventually lead to a major increase in arrivals to the country.

The SETE Institute (InSETE) will officially operate next year and focus on improving the quality of tourism training and offered services.

Kefalogianni: Development Of Medical Tourism In Greece Is A Priority