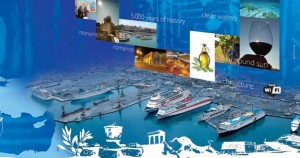 The promotional strategy followed by the Heraklion Port Authority – high quality port services, appearances in major global industry exhibitions and involvement in the planning of Greece’s national policy for the cruise industry – is paying off. Visitor numbers to Heraklion Port this year showed a major increase, one that will continue in 2014.

This year, cruise passengers to Heraklion, Crete, increased by 26.17 percent compared to 2012, while next year the city’s port authority expects a 24.75 percent increase compared to 2013.

Out of the total amount of passengers that arrived at Heraklion Port this year, 55,435 were homeport passengers, which has multiple benefits for the local economy.