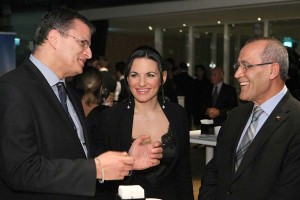 Greek Tourism Minister Olga Kefalogianni at the special event in Istanbul, Turkey, for the promotion of Greek tourism.

This year was one of the best in terms of Turkish arrivals to Greece, Tourism Minister Olga Kefalogianni said during a special event for the promotion of Greek tourism to the Turkish market held on 27 November in the Greek Consulate in Istanbul, Turkey.

Greece’s gastronomy was promoted at the event through dishes created by renowned Greek chefs Lefteris Lazarou and Stelios Parliaros.

During her speech, the tourism minister said Greece aims to promote Athens, Thessaloniki and other cities as the country’s main city break destinations. 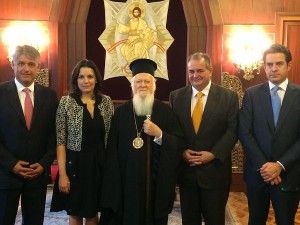 “This is a realistic goal as the two countries are close to one another, frequent low-cost flights are available and so are alternative modes of transportation (car, ferry),” she said.

Mrs. Kefalogianni also highlighted the productive cooperation that has developed in recent months between the Tourism Ministry and Turkish authorities.

She added that the tourism exchanges between Greece and Turkey were ideal to bring the two countries closer and reinforce the already strong bonds of friendship.

During the tourism minister’s two-day stay in Istanbul she held meetings with the Deputy Minister of Culture and Tourism Abdurrahman Arici and the Minister of State for European Affairs Egemen Bagis.

The main topics for discussion evolved around the development of joint tourism packages and simplifying visa procedures for Turkish citizens wanting to travel to Greece.