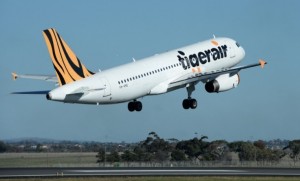 Travelport and Tigerair have sealed a new distribution partnership that will see the Singapore-based no frills airline make its fares and ancillary content available to Travelport-connected travel agents globally, marking the first time it has ever distributed via the global distribution system (“GDS”) channel.

As part of the agreement, Tigerair will also become the first carrier from the Asia Pacific region to adopt the GDS provider’s industry-leading aggregated shopping technology, a key component of the Travelport Merchandising Platform.

According to Alexander Knigge,  Tigerair’s group chief commercial officer, Travelport’s merchandising platform “will be a winning formula for travel agents and travelers alike and allow the airline to achieve further growth through an additional sales platform.”

The partnership will also see Tigerair participating in the aggregated shopping component of the merchandising platform.

Travelport Aggregated Shopping, an industry first, consolidates, within the same screen, shopping results from traditional carriers who connect through ATPCO with those from Tigerair and other no-frills carriers who prefer to connect with Travelport via an API connection. The new technology negates the need to shop and compare across several screens and allows travel agents to compare efficiently in the same booking flow.

“For fast-growing no-frills carriers like Tigerair, it’s critical that we offer a highly flexible approach, which may be very different to more established approaches, but which allows them to distribute exactly how they chose to,” said Damian Hickey, Travelport’s vice president of Global Distribution Sales & Services in the Asia Pacific region.

Established in 2004, Tigerair is the largest no-frills carrier group operating out of Singapore and offers flights to over 50 destinations across 13 countries in the Asia Pacific region.